Which one is better, Botox, Dysport or Xeomin? Does Botox last longer than the other two?

Which one is safer? These questions continue to be asked by many confused patients. Reading articles in various publication, studying marketing material or browsing through medical websites one may come to the conclusion that all of them are, somehow, different. Moreover, the comments made by some doctors appear to be in line with their preferred manufacturers’ claims which, not surprisingly, is a testament to the power of marketing!

The clinical evidence, however, points in the opposite direction. Several independent studies revealed beyond any doubt that there is no difference between Botox, Dysport and Xeomin in regard to their effect and duration.

The confusion of initial reports in early 2000’s was   caused by misinterpretation of the data coming from studies comparying different botulinum toxins using different dosages and concentrations. By 2009 the confusion was cleared with studies comparying diffusion, or spread, the effect and duration of toxins injected at identical concentration and dosage.

The most extensive clinical study done by Michael Kane, MD, arguably the most knowledgable clinician and leading authority on the subject in the US. He compared the effect of Botox and Xeomin administered to the “frowning” muscles in identical concentrations and at the same doses ( 25 units). The progress and results were monitored after 30 , 60 , 90 and 120 days. No difference was found in the effect, duration and side effects between Botox and Xeomine. Although the onset of effect was seen somewhat sooner with Xeomin, the difference was of minimal concern.

Interestingly, a study on Botox only, manufactured in 5 different countires, showed differences in diffusion and effect in patients treated for hyperhydrosis (excessive sweating).

There is, however, one difference between Botox, Dysport and Xeomin that may be of importance to some patients. It is related to the residual protein complexes present in Botox and Dysport but absent in Xeomin. These “impurities” are remnants of the manufacturing process.

In summary, there is no difference in effectiveness and duration of Botox, Dysport, Xeomin IF they are administered in the same concentration and at the identical doses. However, from the point of view of purity and potential for allergic reaction, or resistance, Xeomin is unquestionably the best choice. 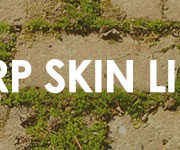 Platelets and Process of Rejuvenation and Tissue Repair
0 replies

Want to join the discussion?
Feel free to contribute!

Platelets and Process of Rejuvenation and Tissue Repair
Scroll to top